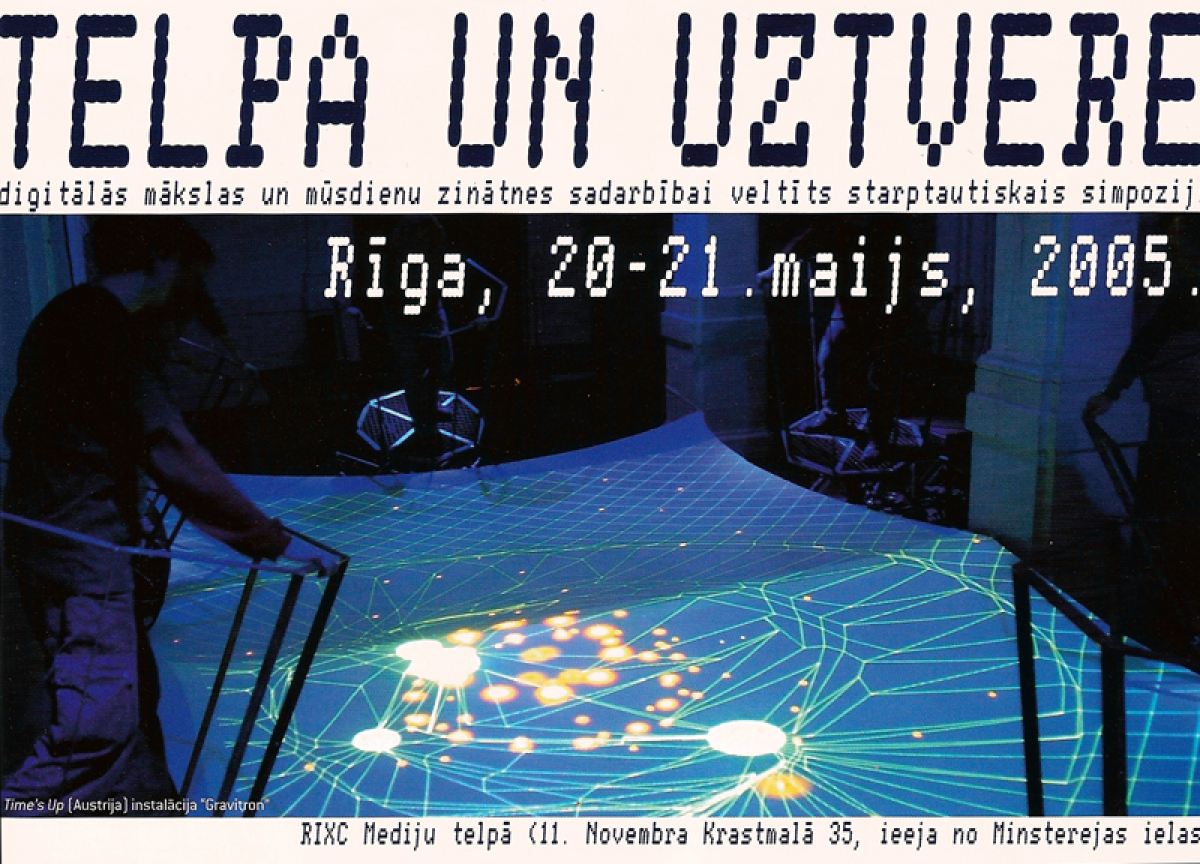 International symposium on Mixed Reality The international symposium will focus on new phenomenon of Mixed Reality -- the environment generated by new technologies that contain significant interaction possibilities in both virtual and physical spaces. Throughout the existence of the humankind the understanding of space, its frontiers and dimensions has changed a number of times. During the last century the newest scientific theories and the researches in the structures of micro (atom and quantum) and macro (the universe) seek to expand the boundaries of the visible space. As the result of the development of information and communication technologies the new frontier-free space is opened up -- the virtual space of the electronic media. At the beginning of the 21st century, when mobile media and wireless networks come into dominance - after surfing in the virtual world the navigation in physical space acquired importance. However nowadays in present reality we unavoidably interfere with pervasive media, daily dividing the attention between the events in virtual (media) and physical (real) space. The merger of the digital and physical space alters not only our perception of space but also the sense of the reality. Artists, scientists, media researchers and technology experts will present their creative discoveries, newest ideas, theories and researches that have taken place in the fields related to space and perception. Identifying the common in these different views on realities and perception of space, the aim of the symposium discussions is to contextualise and to set up the conceptual background for the development of emerging field of Mixed Reality. It also intends to activate the collaborative potential of the sciences, art, technology and other creative fields of contemporary society.


[Space And Perception] DIGITAL PHYSICS AND EMOTIONAL GODLETS: EXPERIENCE AND PERCEPTION IN PROTOCOGNITIVE MIXED REALITIES. TIM BOYKETT David Chalmers, philosopher of consciousness, has claimed that "Experience is information from the inside; physics is information from the outside." Taking this idea into the realm of mixed or augmented reality, we are given possible ideas on how we might talk about these spaces. Chalmers is attempting to develop theories which integrate a physical universe with the experiential - he claims that there is some kind of dualism at play in our experience of the world, without wanting to sneak ghosts into our metaphysics. Whether or not his prototheories will stand up, will be able to be embellished with enough flesh to become actual theories, they may well offer a good framework upon which to build a theory of experience in constructed, computational realities. The essential in a mixed reality experience is, naturally, the experience. The outside of such an environment is the collection of tools that lead to the environment: the machines, the mechanics, to programs. By this claim we end up with the idea that this collection of tools might be describable as the physics of the mixed reality. Or at least one part - there is still the physical substrate upon which the environment is built. The borderline between the construction of mixed realities and the underlying physics is of course flexible. Upon this basis, and upon many others, exist a number of postulates about the computational basis for physics. If there is a theory that takes us from experience in constructed environments to experience in our usual physical environment, then such a theory might be termed digital physics. Several theories have been postulated, and certain developments from Reg Cahill, Edward Fredkin and many other have suggested that there might be coherent and relatively simple computational systems that underlie our physics. Tom Toffoli has demonstrated with simple models that properties of physics as we know it, from simple thermodynamics to relativistic effects can be caused from a computational basis. These models differ in their postulates, but all have the goal to describe the fundamental properties of our universe in some simple, comprehensible manner. There exists some experimental evidence that not all is as we are told by the physical status quo. These ideas were the topic of the "Data Ecologies" workshop in Linz in May 2005, and will be briefly introduced. We, Time's Up, have been building extensive mixed reality environments, including such works as BodySPIN, a whole-body walking interface projection environment. Getting around, and knowing where one is in such environments, i.e. navigation, is an important part of the experience. Whilst looking up the term "navigation" is a specialist dictionary, I was distracted by the term "negotiate." In English, the terms have a common meaning: especially when dealing with a vehicle, the term "negotiate" is often used to describe the process of working along a difficult path. This struck me as an interesting tangent; it was almost as if there was a need to negotiate, to enter into negotiations with the problematic aspects of the path. As if a conversation, a deal-making was necessary. Which fits into the animist idea of the world being populated by spirits, every rock and tree, as is the case in animist religions. As we continue to augment our realities, either the special environments of media spaces or the common spaces of daily living, we are undergoing a process whereby we give intelligence to each small part of our environment. We are somehow imbuing them with spirit, we are spreading experience, if only in digital form, throughout our environments. Our spaces are becoming sentient, in some protocognitive way, and we will be forced to deal with their intelligence continually, to negotiate with our animist electronics. Our latest project series, the Sensory Circus, includes experiments attempting some kind of emotional modeling in mixed reality environments, to imbue the parts not only with perception and reactivity, but also with primitive emotional models. Small, emotional godlets permeating our surroundings. Now that's a mixed reality. References: David Chalmers "The Conscious Mind: In Search of a Fundamental Theory" Oxford University Press, 1996. "The Metapolis Dictionary of Advanced Architecture. City, Technology and Society in the Information Age" Edited by Susanna Cros. Barcelona 2003.
Links:
RIXC - Space & Perception
Tags
play/game | human-machine-interface | explorative-environment | experimentation | experimental situation | emotional machines | digital physics | cognitive science