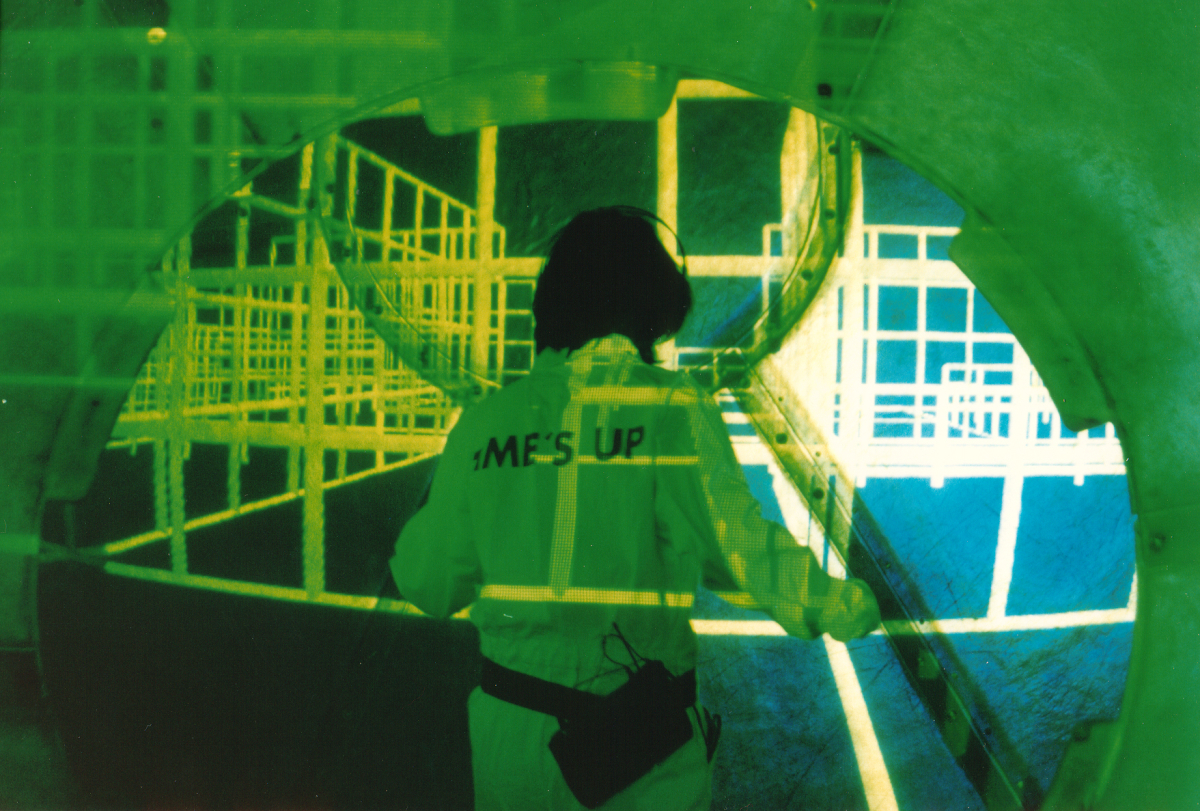 Real Virtuality in France, at the Exit Festival in Creteil. With a version - similar to the one during the Ars Electronica Festival 2000 - of Subcity, including the Bucket Reality.

Bucket Reality got introduced and developed for the previous show of BodySPIN in Maubeuge, which allows those audience members which are not in the interface right now, to follow those ones, which are navigating through the virtual environments within the sphere.

The resonance of the show was very pleasant - as well as the one from a present audience as the feedback from the press - although in French, the festival team convinced us it would be positive.