Site:
V2 - Institute for unstable media
Date:
25.11.2001
Use your body for interacting with virtual spaces 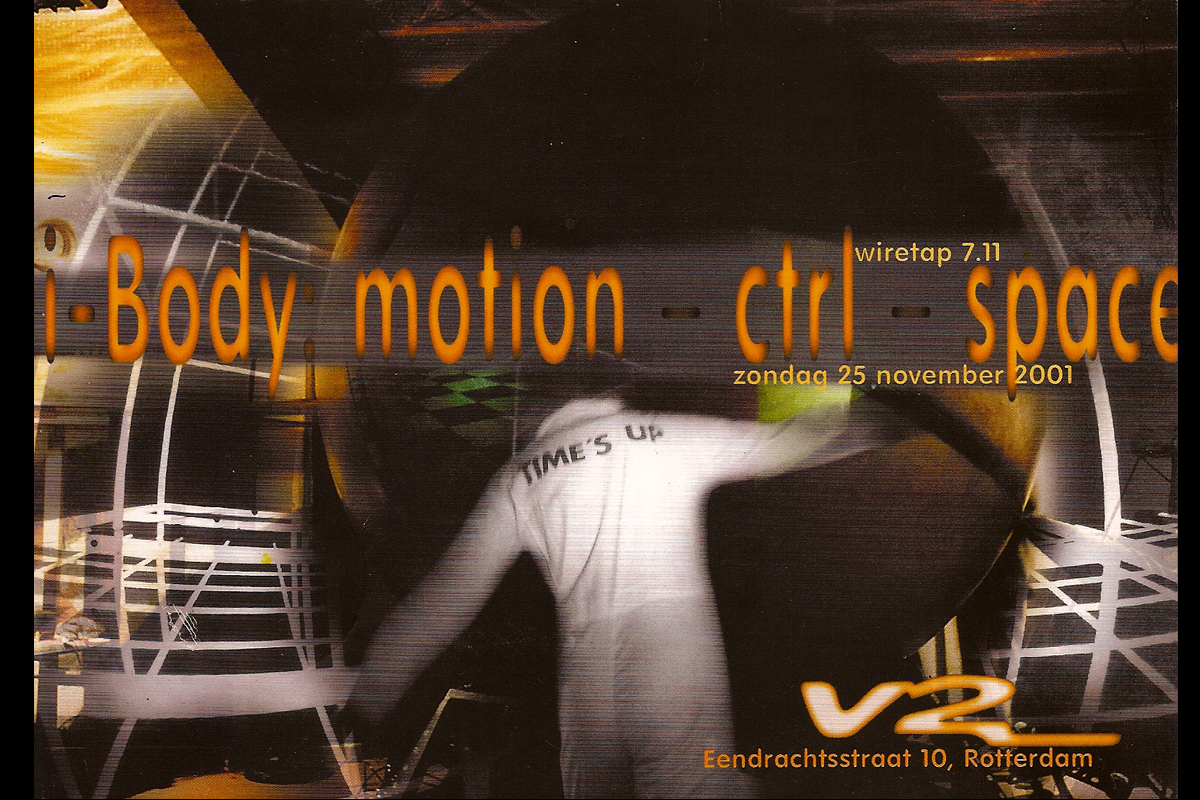 Wiretap 7.11 'i-Body: motion - ctrl - space' focuses on how the body can
play a pivotal role within technological settings.
Navigation systems in virtual environments are increasingly becoming based
on 'motion tracking' (the registration of movement). There is quite some
experimentation with interfaces which feel more natural or direct to the
user than the traditional mouse/keyboard interface (the so-called command
interface). The quotidian activities of the body, such as walking,
breathing or the blinking of the eye, lie at the base of the research and
development of bodily-controlled interfaces.

The topic will be examined from various angles, including perception,
manipulation, control and participation.

Guests:
Andrea Polli (USA)
Is an interactive media installation and performance artist and member of
the faculty of Hunter College's Film and Media Department. She has exhibited
and lectured nationally and internationally. Her performance work with eye
and motion tracking devices has recently been shown at SIGGRAPH 2001,
Invenção in Sao Paolo Brazil, ISEA 2000 in Paris. In 2000, Polli produced
'pause', a large scale web-based public art project as an
Artist-in-Residence of the nation-wide Millennium Community Arts program.
She also produced the webcast performance project, Rapid Fire with Franklin
Furnace in New York City as part of The Future of the Present residency
program..

Yves Bernard (B)
Has an academic background in design and computer science and is a media,
producer activist, and software engineer. For the past decade he has
collaborated with artists and is very much interested in the topic of
collaborative processes between artists, engineers and art institutions. His
latest project is the installation AVATAR, in collaboration with artist
Frank Theys, which incorporates motion tracking techniques.

Tim Boykett (A/AUS)
Holds a PhD in Mathematics and Computer Science, and is founding member of
Time's Up: a Linz-based (A) laboratory for the construction of experimental
situations. . Using haptic, human scale interfaces, Time's Up's projects
such as the Hyperfitness Studio (V2, Sept 1998), Sonic Pong and SPIN immerse
the public individual in body-relevant spaces. This loop of control and
perception through the bio-mechanics of the body is one of the main arms of
research.