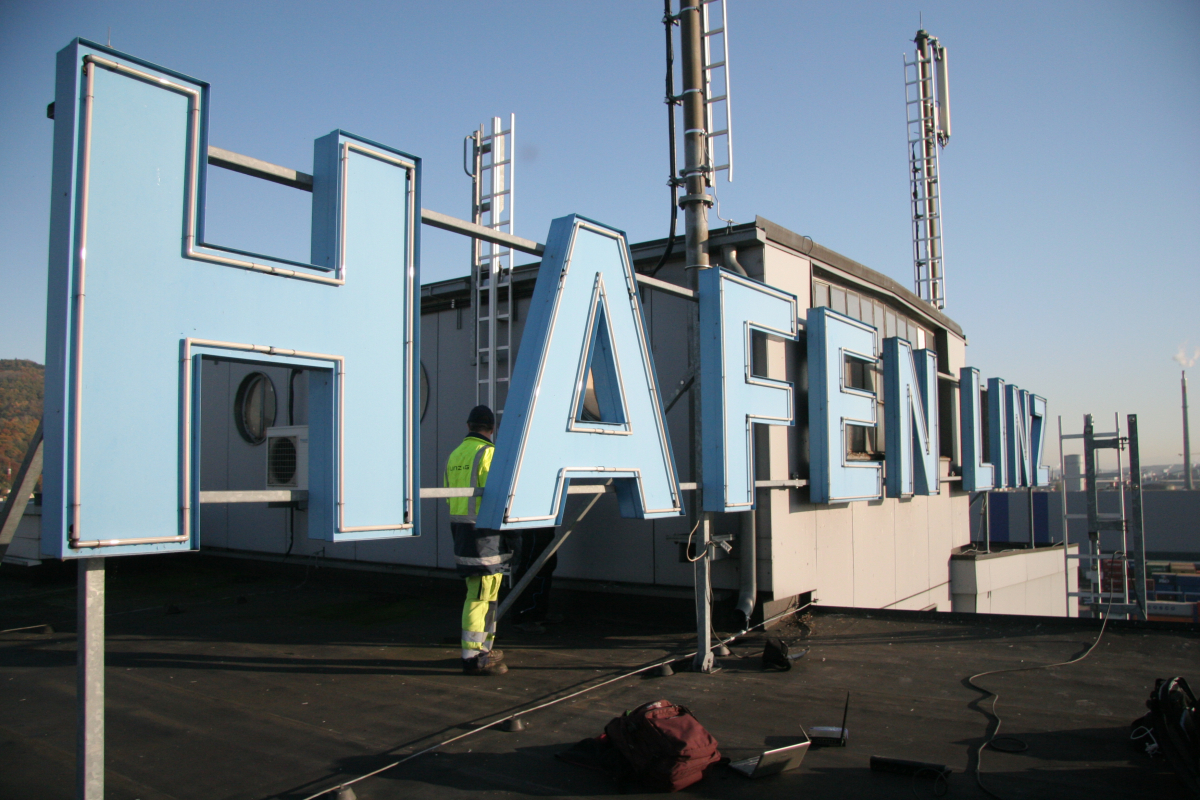 Funkfeuer Linz is platform on which a free, autonomous network for Linz - based upon WLAN-technology gets organised and realized. It is an experimental network, linking various small routers via microwave radio relays due to which every receiving user becomes a transmitting node as well. The basic idea is that every community member can be part of such a network, there are no in whatsoever way commercial ambitions at all. With the Slogan "We are the Net" Funkfeuer, 0xFF invites and collects people who are motivated to participate in this infrastructural venture. It shouldn't be seen as a mere "free internet", as well as it shouldn't be seen as an extension or rivalry to the Hotspots, Linz provides. Including and interweaving various cultural and technical organisations in town, a number of technophiliac and communication - interested people are already busy in setting up such a functional network over Linz which indeed will allow free access to the internet. Similar concepts have been already successfully realised in several other cities in Austria, like Graz, Vienna or Bad Ischl.

Speculating over our Horizons

Twelve hours can change a lot…

Why „Futuring“ is a good thing to do

END_OF_DOCUMENT_TOKEN_TO_BE_REPLACED

What if: Quality of Life was a decision point.